International Dog Day: What is your favorite story about your dog? 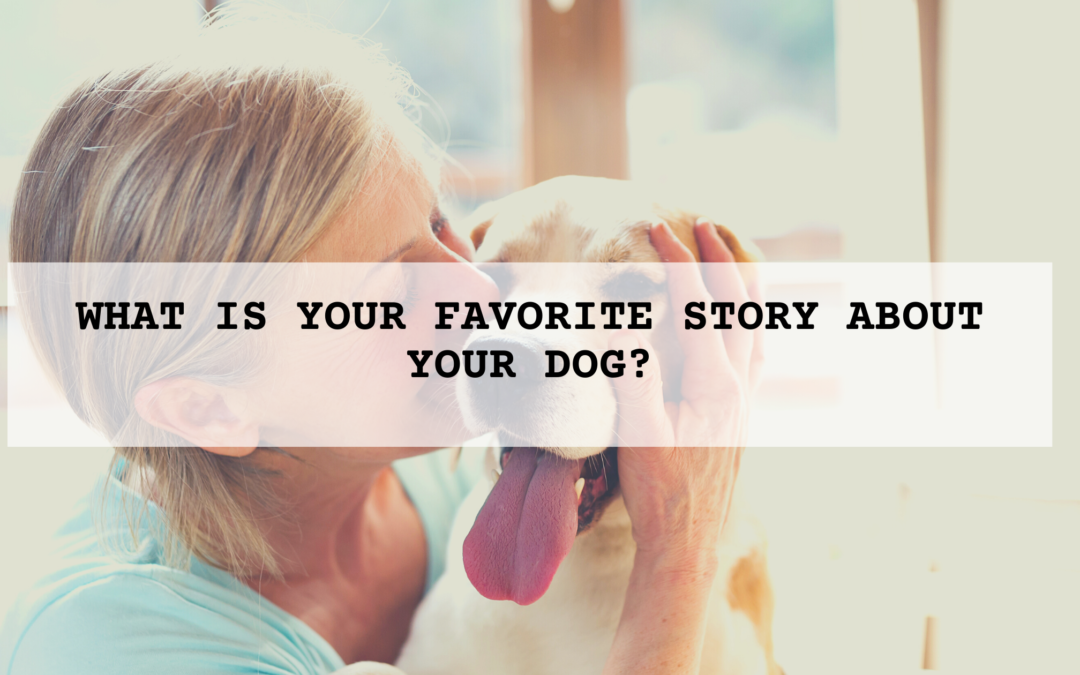 Whether you’re a dog lover or a dog parent, surely you’ll want to celebrate not only your dog’s birthday but also International Dog Day which is just around the corner. Every dog lover understands how important it is to celebrate this day to support the mission to help galvanize the public to recognize the number of dogs that need to be rescued each year and also to encourage adoption.

There are a lot of ways to celebrate this day. If you’re a dog parent, you can treat your dog to a full-blown dog spa treatment, surprise him or her with a new treat, outfit, or even a new dog to be friends with. If you don’t own any dogs, you can still celebrate this day by adopting one especially those on any local animal shelter, you can also volunteer to walk or play with the dogs in the shelter, you can also donate here.

This is also another opportunity to share your most favorite memory with your four-legged friend. Here are some funny and touching dog stories from this Reddit Thread.

When I was a kid I had a yellow lab named princess. And when she was a puppy she would ride around in the back of my tonka dump truck when I was playing with it. – limehead971

My family has two very old toy poodles. My boyfriend and I have a year and a half lab mix we adopted from a shelter as a puppy. My mom was very hesitant to let our 55 lb dog around the 7 lb elderly poodles. Thor, one of the poodles, was the baby of the house and was used to getting all of the attention. He did not take having a new dog in the house very well (super mopey and grumpy). My lab (Jaxx) was around 4 months old when he first met Thor, and for a puppy SO full of energy and always ready to play with others…he immediately realized Thor was old and small and he had to be gentle around him. He started bringing his toys to Thor, sharing his food, and he always opens the dog door for him so he doesn’t have to. Thor got a branch stuck in his fur and Jaxx tried to take it off of him. They’re little best friends now. It makes me so happy because I honestly think Jaxx has added another year or two to Thor’s life. – coolgirlveryfriendly

I met the love of my life via a friend who adopted her from a local craigslist type of thing.. mind you, I never really liked dogs because they are loud, smelly and so much in your face. Yes, I’m more of a cat person. I started taking her for long walks because a said friend didn’t have the time to take this gorgeous Husky out for a decent walk every day (needless to say we are not friends anymore) At that time I was struggling with depression but the highlights of my days were roaming free with her. In the end, my “friend” handed her over to me with the message “you can keep her, or she goes to the shelter”. But by then I already was deeply in love. We spent the first couple of years almost 24/7 together. My husband knows his place… She has been there throughout my depression and I hopefully helped her with her tumor treatment. It’s always difficult to say with a Husky. Unfortunately, my current job prevents me from taking her with me all the time.. so I do dearly miss her.. But I try to squeeze in some good cuddle sessions every day. –damnitkevin

A long time ago I had the “brilliant” idea to take my dog for a walk while I was wearing roller skates. My dog liked to run and I don’t run, then or now. But I was a decent skater. The dog and I weighed about the same, which will matter in a minute. We got going along at a good clip and the dog stopped to smell icky things and I kept right on rolling, flying right past her at full speed while holding tightly onto her leash. And then I quite suddenly wasn’t going anywhere anymore. Ouch. –moonflower4

Add an extra layer of protection with a personalized touch. These reusable cloth face masks made of 100% Polyester provide a physical barrier around the face. Great for everyday use for overall protection.

I’ve never been lucky enough to have my own dog, but as a child growing up, my adopted grandparents had 2 labs and a chihuahua. They were my best friends growing up. The first time I stayed at their house I was about 3. My gran went to get me up in the morning and I was gone. She panicked, ran to the kitchen to phone the police, and I was curled up in the dog bed with the chihuahua with the two labs curled around me and we were all snoring. I was an only child and those three were my siblings. They all died within a year of each other over 20 years ago, but I still love and remember them. –RebelBelle

My dog CB is a 12yo snaggle-toothed shitzu mix. He’s my first (and until recently, my only) dog. I dread losing him more than anything. I’ve already told this story about him on Reddit before, but here it is again: So CB hates water in all forms – baths, pools, you name it. I bring him in sometimes anyway if it’s hot out, and he can swim, but he’d never go on purpose. One time we were in upstate New York visiting some friends and walking around by a pond near their house. I don’t think CB had ever seen a pond before and it was really murky – covered in heavy green scum and lily pads and whatnot. There was a pier only a few inches higher than the pond surface. We walked out onto the pier, CB ahead of me, and then he just kept walking to the end and hopped right off into the pond – obviously thinking he’d land on solid ground. I was completely terrified and screaming his name for the longest 3 seconds of my life, thinking he’d get disoriented & forget how to swim from the shock & that I’d never find him in all the muck. Then his slime-covered little head popped out of the water with the MOST perplexed expression and I pulled him out. Now I laugh every time I think of how my little CB walked off a pier. Dumb as a brick in so many ways, but he’s my dumb little brick. –xalupa

My miniature Daschund would stuff its face with food and then return onto the couch, stomach face up and she’d do cute hiccups. – enternalsuffering

I had a rat terrier that hoarded tennis balls. Nothing brought him joy like getting a new one. He’d carry it around and show it to everyone for days. So I’d give him a ball every Saturday and the joy would last him all week. The $.40 or whatever a ball costs was a small price to make anything that happy. But it turns out when you give someone a tennis ball a week for almost 14 years, they end up with so many tennis balls stashed around the house that it takes garbage bags to hold them all. His bed was basically a huge basket and a blanket over a giant pile of balls that he slept on like a dragon. Even having hundreds of balls, he knew where every single ball was at. We forgot one of his balls at my aunt’s house at Thanksgiving and went straight to where it had been put two or three years later. I still find balls he hid in the woods or under sheds from time to time. Seldarin

By continuing to browse the site you are agreeing to our use of cookies.